I love my olive oils. From flavored-infused to straight up, I use them for cooking, on my salads, my fried eggs – seriously, just about everything and anything.  It’s wonderfully versatile and imparts a beautiful taste to my foods, and I can’t envision cooking without it.  Problem is:  Up until a year ago, I’m not sure if I had ever really tasted the real stuff.  You know: Olive Oil.  What it clearly says on my label here:

Imagine my disgust when I found out last year that most of the olive oil, including some sold at my favorite grocery store Trader Joe’s likely contains oils other than 100% Olive Oil.  At first, I was incredulous that such a scam could be pulled on such a large scale.  But the more and more I read, I realized:  most of the olive oils my parents…and their parents, parents were buying… were likely adulterated – a lot.  How much?  Well, today it’s been estimated that over 70% of the oils on our grocery shelves are fake!

The present-day scam is now linked to seven well-known Italian olive producers including those sold in the US under the Bertolli and Santa Sabina brands.  These companies were knowingly involved in mislabeling their bottles and diluting whatever Olive Oil they were using, with cheaper oils like vegetable, soy and sunflower oil.  Some for many, many years.  Understandably this has elicited a major public outcry as olive oil consumers and lovers seek to find, what they thought they were getting – authentic, 100% olive oil.

With the revelation that this food fraud and scam has been going on for millennials, how can we, as consumers, tell if the olive oil in our kitchen is fake?

Keep in mind:  a complete fail-proof test to determine olive oil does not exist.  Even experts have a difficult time discerning real 100% olive oil from the fake stuff (Check out this article on the subject from the Guardian blog).  However by following the tips above, you can significantly cut down the chances of buying another fake bottle of olive oil and supporting this disgusting scam.

Thanks and good luck! 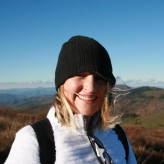